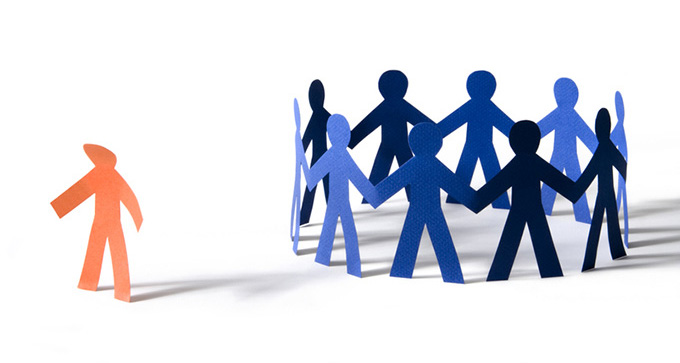 Health stigma is attracting more attention in research, policy, and public discourse. The opioid crisis in particular has brought issues of mental health stigma and addiction stigma into sharp relief. While we welcome the attention to these often-ignored issues, there is a hidden risk: if concepts of stigma are not

properly understood and leveraged to action, then ensuing policy interventions may not alleviate the crushing burdens of health stigma that so many people experience in the U.S. And in some cases, the lack of understanding may worsen stigma.

Tracking Link & Phelan’s influential model, stigma can be defined easily enough: difference + deviance. In the Difference phase, an in-group marks an out-group as different on the basis of a shared demographic characteristic. In the Deviance phase, the in-group marks the out-group as deviant on the basis of that shared characteristic. It is no accident that disability rights advocates have long utilized the slogan “Difference without deviance”: People with disabilities know stigma.

Unfortunately, there is little evidence that interventions characterized as being “anti-stigma” are based on a clear understanding of the concept. For example, some commentators have argued for integrating mental health and substance misuse services into primary care as a way of combating mental health stigma. The idea is that through integration, people can see mental health clinicians while also seeing their primary care clinician. No leaving the clinic or signaling to a new party that they need care for mental health or substance use. While there is extremely strong evidence in favor of integration, and we endorse it without reservation, it is a mistake to view this as a true anti-stigma mechanism. Integration merely permits people to avoid stigma – it does nothing to reduce it. In fact, in the truest form, insofar as it tacitly acknowledges that key services can be avoided for fear of stigma, there is a sense in which integration may even intensify preexisting mental health stigma.

Our point is that understanding what stigma is and how it functions to corrode social ties and worsen health is absolutely essential to crafting interventions that will reduce its crushing and unequal burden. Even the basic description of stigma above reveals two insights that are crucial to making evidence-based anti-stigma policies.

First, because stigma involves in-groups and out-groups, it is fundamentally social. Despite the colloquial usage, diseases never stigmatize anyone. It is always WE, the broader community, who stigmatize others.

Second, stigma is fundamentally structural. It is intrinsically linked to social power and inequalities.

The definition illustrates this: for an in-group to mark an out-group, the in-group has to be in, just as the out-group has to be out. While most of us simultaneously belong to multiple in-groups and out-groups, some members of society (1) belong to many more out-groups than in-groups and (2) belong to out-groups that endure more severe experiences of marginalization. Such vulnerable people are already more likely to endure the damaging effects of stigma even before they seek health care. We would also expect that such people are more likely to experience stigma specifically from health care providers and policymakers, and that such stigma is more likely to be severe.

The empirical evidence on health stigma confirms these predictions.

Stigma has a devastating impact on health and human flourishing that is not disputed. Even when controlling for every conceivable social confounder, members of groups subjected to persistent stigma get sicker and die earlier. There is increasing recognition that stigma should be regarded as an independent social determinant of health. Some have argued that it should be considered a true fundamental cause of disease, an upstream factor that determines myriad critical downstream variables.

Despite the fact that stigma often manifests in downstream interpersonal contexts, the roots of such stigma are unquestionably upstream. For example, there are enormous racial inequalities in pain treatment in the U.S. Hoffman et al.’s 2016 study demonstrating a direct line between false racialized beliefs about African-American sensitivity to pain and unequal pain management is an excellent example of how deeply-rooted social structures exert powerful impacts in sustaining health inequalities.

Equipped with a basic comprehension of stigma, we are in a better position to design legal and policy interventions that stand a chance of addressing its structural roots.

Consider efforts to address opioid use disorder in the U.S. Viewing prescribers as “unwitting conduits” of harm, what Dasgupta, Beletsky, & Ciccarone term the “vector model of drug-related harm” promotes law and policy interventions that primarily constrict prescribers’ ability to authorize access. However, such interventions do absolutely nothing to address the root causes of the present opioid crisis. The underlying causes of opioid consumption have everything to do with social and structural determinants of health “such as poverty, lack of opportunity, and substandard living and working conditions.” Investing in mechanisms that target the social drivers of drug and opioid consumption have the potential to empower vulnerable communities already experiencing the slings and arrows of structural stigma.

Intensive investment in social policies that ameliorate the structural roots of unequal power is therefore both a promising pathway to ameliorating the opioid crisis and the various stigmas that are strongly associated with it. In this sense, stigma is akin to any other social determinant of health: substantial impact is possible only via upstream action at the structural root of the problem.

We are not denying the importance of a policy intervention bundle — a set of different policy levers targeting various nodes for intervention at various levels in the causal pathway between social determinants and population health outcomes.

As to pain and opioid-related stigmas, providers can act downstream by validating the experiences of individuals with chronic pain, and assuring them that, if indicated, all approaches (including opioids) will be managed to ensure maximum likelihood of benefit and minimum likelihood of harm. Educational interventions for clinics can also be of assistance in decreasing the likelihood of pain and opioid-connected stigmas. Finally, we can and should consider the impact of existing policies (e.g., drug-free workplace policies) that may reinforce preexisting stigmas.

Ample qualitative evidence suggests the interpersonal impact of these anti-stigma interventions, especially on members of vulnerable groups who, with good reason, have historically come to expect stigmatizing and corrosive interactions with providers. And even while such remedies operate downstream, they are nevertheless rooted in a solid understanding of the concept of stigma and may help break the tight link between difference and deviance that causes so much harm.

Whether anti-stigma interventions are targeted at its upstream structural roots, or at downstream interpersonal encounters, no remedies that proceed on an inadequate conceptual understanding of stigma are likely to move the needle much. And given the available evidence on the health impact of stigma, failing to move the needle on the issue is unacceptable.