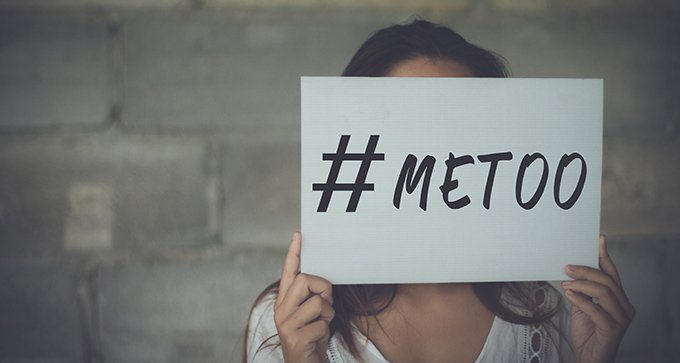 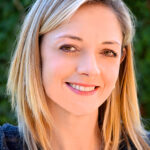 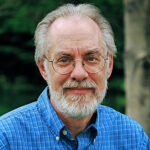 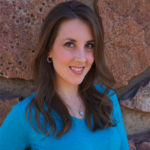 On October 15, 2017, the hashtag #MeToo first emerged on Twitter. Within 24 hours, #MeToo had appeared in over half a million tweets, and in 12 million Facebook posts by 4.7 million people.1 In the weeks and months that followed, a remarkable number of anguished stories were told. This emphasized that sexual trauma and harassment occurs all too frequently in our personal and professional lives, is intricately tied with social justice issues, has long-term health consequences for survivors of trauma, and should be recognized as a public health concern.2 This movement sparked change in a wide array of professions, populations, and policy.  Most importantly, perhaps, the movement inspired conversation.

Now approaching two years since the foundation of #MeToo, what do we know? In this article, we summarize what has been established about the scope of the problem, delineate the multifaceted effects that can result from sexual trauma, and explore some of the unique contributions that we as health psychologists can make in addressing these issues.

Sexual assault and sexual harassment are long-standing problems, occurring more often than reporting rates would suggest. Unfortunately, establishing accurate prevalence rates of sexual assault is difficult for several reasons including pervasive patterns of underreporting. To wit, in a study of college-aged women who had been assaulted, only 11.5% of all rapes were reported to police.3 Studies suggest that sexual harassment and sexual trauma are grossly underreported for myriad of reasons including shame and fear of blame or reprisal.    Such fears appear to be validated in the research: one or more incidents of retaliation were endorsed by 58% or female and 60% of male US military service members who had reported to military officers that they had been sexual assaulted.4

According to a briefing paper from the International Society for Traumatic Stress Studies, a national study of US women found that over one-third experienced some form of sexual assault, with even higher rates in marginalized groups, such as individuals diagnosed with disabilities, gender and sexual identity minorities, individuals who are sexually trafficked or engaging in sex work, individuals who are homeless, and aboriginal or indigenous groups.5 Research on childhood sexual assault in North America suggests prevalence rates ranging from 11.2 to 26.6% for girls and between 5.1 and 17.3% for boys.5 Sexual trauma is clearly not a problem reserved only for vulnerable populations such as children: despite growing awareness of the problem in mainstream culture in recent years, sexual trauma continues to be a concern even for adults in professional settings. For example, military rates of sexual assault have increased nearly 38% over those reported in 2016.6

We recognize that the data above may be impacted by increased reporting and other factors. Nevertheless, we would argue that this is a critical time for our field to take meaningful action in addressing the ripple effects of sexual trauma given the spotlight that #MeToo has provided.

The health effects of sexual trauma are both multifaceted and enduring. Unwanted sexual experiences appear to be particularly detrimental to behavioral health functioning: these experiences were associated with 2 to 7.5 times greater risk of developing Posttraumatic Stress Disorder (PTSD) and other significant clinical issues, the highest odds of all trauma types evaluated in the study.7 Recent studies on both civilian and military populations have repeatedly identified associations between sexual assault/harassment and the development of not only PTSD, but also depression and anxiety disorders.5,8-11 Among those traumatized by rape, approximately 46% of women and 65% of men develop PTSD.12

Beyond the deleterious effects of depression, anxiety, and PTSD, studies have shown that traumatized individuals can suffer from chronic hyperarousal and may present in medical settings with stress-related symptoms. The literature discusses this chronic hyperarousal in the context of an adaptive response to extreme threat that is complicated by genetic or epigenetic modifications to DNA functioning that “dial-up” the “fight or flight response.”13-15 Childhood sexual abuse has been associated with greater risk for the development of a variety of physical health conditions, including gastrointestinal disorders, cardiopulmonary dysfunction, chronic pelvic pain, reproductive health issues, headaches, and obesity.5,16-19

Furthermore, evidence suggests that the negative effects of trauma, such as sexual assault, can have an intergenerational effect. Lifetime trauma experienced by women (independent of maternal stress during pregnancy) has been associated with negative infant affectivity, perhaps modified by prenatal cortisol exposure.20 Toddlers whose mothers experienced interpersonal violence-related PTSD have been found to demonstrate altered patterns of cortisol reactivity to stress, possibly increasing their risk of developing psychological disorders later in life.20,21

In an interdisciplinary setting, the process of inquiring about traumatic events is often extremely sensitive, and documenting these incidents presents a challenge for health psychologists: On one hand, recording the information in a vague manner, or to omit sensitive details may negatively impact treatment and may inhibit a psychologist’s ability to recall the trauma, and anticipate and address events that may be re-traumatizing for the patient.  On the other hand, recording detailed information about a sexual trauma in an Electronic Health Record (EHR) where many providers have access may be perceived by the patient as a breach of confidentiality. This dilemma may be particularly relevant for health psychologists given that many operate within a larger health systems, hospitals, or integrated care clinics. While access to EHRs in these environments are often advantageous for patient care, sensitive information about trauma and related symptoms needs careful consideration and patients should be aware of limits to confidentiality.  Given that sexual trauma, by its very nature, robs individuals of their power and autonomy, a critical element in discussing these experiences is to ensure the patient’s wishes (for instance with regard to disclosure) are honored and their agency in the process is explicitly recognized.22 Additionally, when starting a conversation about sexual trauma in a clinical setting, awareness of cultural context and barriers to disclosure (e.g. feelings of shame, fears of consequences and privacy concerns) are also important to keep in mind.23

Health psychologists have the advantage of being prepared to discuss trauma symptoms from a biopsychosocial perspective, including recognizing the neurobiological impact of emotional trauma.24-26 This approach can help to de-stigmatize trauma symptoms for patients. Relatedly, health psychologists are uniquely positioned to recognize and treat somatic distress secondary to sexual trauma.

Trauma symptom management, even if not the explicit focus of treatment, should be considered and integrated across a health psychologist’s practice. Successful treatment may require management of pre-existing symptoms related to historical trauma while the patient is navigating the medical system. For instance, basic components of medical care such as a physician’s examination may trigger fear, anger, avoidance, and/or an exacerbation of trauma-related symptoms.27 A goal of behavioral health treatment in these cases may be to limit re-traumatization by the very medical system attempting to provide care.

Evidence-based treatments for posttraumatic stress reactions should be considered when trauma is the established focus of treatment. The American Psychological Association Clinical Practice Guideline for the Treatment of PTSD strongly recommended Cognitive Processing Therapy and Cognitive Therapy, for adult patients.28 This guideline also encourages psychologists to address common comorbid concerns, such as depression or problematic substance use.

The #MeToo movement highlighted the pervasive nature of sexual assault, including the power dynamics and lasting impacts of sexual traumas in the workplace.  The American College of Occupational and Environmental Medicine (ACOEM) has developed treatment guidelines to address PTSD stemming from traumatic experiences at work, including sexual assault in the workplace.29 These included: exercise (aerobic exercise and resistance training)30,31, yoga32-34, Cognitive Behavioral Therapy35,36, and Prolonged Exposure. Additional treatments include meditation, guided imagery, and mindfulness.37

It is now recognized that as sexual trauma is an extremely private condition, traumatized individuals may first seek care for somatic aspects of their condition.23-26 The health psychologist is thus in a unique position that allows treating the presenting physical symptoms, while also seeking to understand and alleviate the unexpressed aspects of the patient’s pain. Studies have shown that with appropriate therapeutic support, those who have suffered a trauma can experience posttraumatic growth.38,39