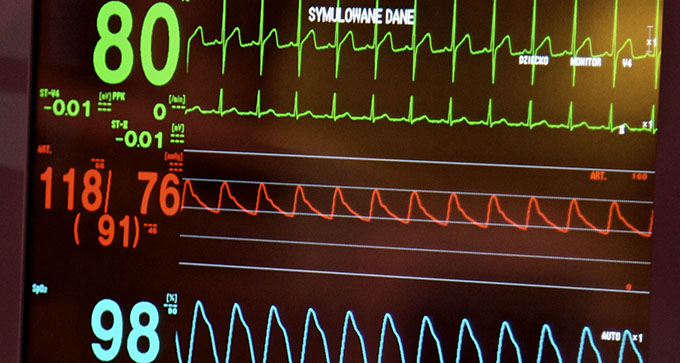 An APA Spotlight on Disability newsletter recommended that recently disabled patients in acute care receive psychological services to improve their recovery or adaptation (Warren, 2013). This article is an attempt to describe the general role that a psychologist may play in an acute care hospital setting based on the services I provided 420 unique patients this past year in a long-term acute care hospital (LTAC). The World Health Organization stated that acute care traditionally emphasizes “the singular attribute of time pressure. Acute services therefore include all promotive, preventive, curative, rehabilitative or palliative actions, whether oriented towards individuals or populations, whose primary purpose is to improve health and whose effectiveness largely depends on time-sensitive and, frequently, rapid intervention” (Hirshon et al., 2013).  There are few research articles in this area, and I suspect even fewer psychologists in such settings (while I cannot accurately state the number in the United States, a personal communication from psychologist Dr. Dorothy Wade in the UK suggested she was the only psychologist in her entire country employed in critical care).

The hospital in which I am employed presently supports three psychologists, with me in one facility, and the other two in another fourteen miles away. It seems as though we were hired mostly owing to an administrator’s enlightened sense that our presence, unconventional as it may be, would improve patient satisfaction, experience, and medical outcomes. I began by gently immersing myself, anthropologist-style, into the acute care setting to determine patients’ needs and to assess how psychological principles may facilitate their care. The hospital specializes in three major categories of illness: wound care, respiratory failure requiring weaning from a ventilator, and the medically complex (typically involving multiple organ failure). Young patients disabled by recent gunshot wounds, accidents, or severe burns were examples of other dramatic additions to the fold. I provided all patients who were at least minimally responsive with a mental status examination and a clinical interview to assess their cognitive functioning, level of coping, and behavioral or emotional difficulties that may interfere with medical  treatment (Rozensky et al., 1997). In addition to describing the findings from the evaluation, my reports sometimes suggested ways in which staff may address barriers to care.

1) The interpersonal, such as offering an emotionally warm human connection while patients were subjected to life-saving but technologically-oriented medical procedures (Singer et al., 2009; DiMatteo & Robin, 2004), as well as validating and normalizing highly vulnerable and overwhelming emotions (Whelton, 2004; Greenberg & Pascual-Leone, 2006).

2) The consultative, such as recommending to medical staff optimal ways of working with patients, addressing with physicians the potential benefits of any psychiatric consults or interpersonal approaches, or reporting negative patient experiences to the patient advocate.

4) The psychoeducational, as in explaining to patients the psychological dimensions of, and skills required to manage, the symptoms they are experiencing and the treatments they will be receiving.

In addition to these services to patients, I offered families validation and normalization of their stress; acknowledgment of their vital supportive role; a personal conduit for complaints, concerns, and advocacy; encouragement to care for themselves; facilitation of goal of care conversations for patients with a poor prognosis; and suggestions to enhance the patient’s quality of life during his or her stay.

The research literature offers relatively little guidance on enhancing coping and adherence to medical treatment in specific populations that are familiar to clinicians in LTAC settings. What follows are several examples of the skills I used to help patients to adjust to their illness and disability and find better ways to cope with the challenges of treatment.

Respiratory therapists have made it clear to me that the ventilator-weaning patient would more successfully wean if anxiety was kept to a minimum (and in fact they noted that patients oblivious to their weaning tend to do so more successfully). Anxiety interferes with weaning due both to its physiological effect on breathing and to patients’  efforts to delay treatment. Such use of psychological services to assist in a medical goal brought home to me the many patient cognitive distortions that frustrate success (“breathing is hard because lungs are weak and not because I feel blind terror;” “breathing is hard because lungs are weak and not because they are getting stronger and healthier;” “I can’t wean any longer even though I have been able to do it for several hours;” “if I delay weaning I can get relief in the short-term but not fail in the long-term”).   Almost all weaning patients are at least mildly anxious (Thomas, 2003). However, I found that these patients benefitted from psychoeducation beforehand coupled with techniques to reduce anxiety (e.g., muscle relaxation, calming thoughts, distraction with television, music, reading, or company). Another useful approach was to explore cognitive dimensions (i.e., the patients’ interpretation of the experience of weaning). The perception of inadequate breathing (when oxygen saturation rates were at or close to 100%) was reframed as the feeling of working out the lungs, just as the marathoner in training understands the body’s tiredness and soreness at the end of the day as a sign of having worked out well. Another common perception reported by patients was the feeling of not being able to breathe, even two hours or four hours into the weaning. Thus, it seemed helpful to encourage patients to re-interpret prior success (“I just did it for one hour, so in theory I could do it for two or four or eight”).

I observed and acknowledged all the positive things respiratory therapists were also doing to ease patient anxiety, such as providing a warm, empathic presence, projecting confidence and expertise, and explaining to patients that blood oxygen levels are monitored continuously and an alarm will sound if levels fall out of the normal range. I have thus found my work with the anxious vent-weaning patient as an adjunct to that of the respiratory staff. A word of caution is due here too. Staff often felt anxiety to be the major culprit in failures to wean, when at times it was later confirmed that the patient’s medical condition was most responsible (for example, a month after arduous attempts to wean, an obese patient had a heart attack and was tragically no longer deemed capable of weaning).

The wound patient is frequently in acute pain, which understandably frustrates compliance with frequent turnings, physical therapy, and diet on account of reduced appetite. I tended to assist such patients in pain management strategies. Most interventions tended to be cognitive in nature. This might mean, for example, clarifying the costs of short-term acute pain during physical therapy or turnings against gains that would reduce pain and disability in the long term. I also addressed issues of adherence to the rigorous high-protein diet that is essential to wound healing. A wound patient who does not eat much, is hesitant to eat much, or does not like the hospital food is in grave danger of never returning home! Thus, a critical psychological intervention provided to the wound care patient was to explore psychological means of overcoming such hurdles. For instance, reframing food as medicine helped an obese paraplegic woman give herself permission to binge on high-protein foods to facilitate the healing of her sacral wound so she could return eventually to meaningful activities. Other therapeutic strategies included identifying realms of patient control to counter feelings of helplessness and using existential psychotherapy to encourage patience and optimism and find meaning when treatment is measured in weeks, months, or years.

The accident or trauma patient

Patients who had been seriously burned, injured, or lost the ability to control limbs appeared to benefit from psychological interventions. Bracken, Shepard, & Webb (1981) found that negative affective reactions were positively correlated with severity of motor disability, which in turn was correlated with negative coping responses that could hinder successful rehabilitation. Such patients seemed immediately struck with heightened existential isolation and were easily prone to anger, grieving, depression, and anxiety. Any sudden loss of speech or motor function (e.g., from an accident that led to quadriplegia) was understandably highly disturbing. Some effective strategies for working with this population included breaking down the overwhelming into manageable chunks of experiential information (for example, hearing that improved adjustment will take months and years and that, each day at a time, they are approaching that goal), validating acute emotions (for example, normalizing sadness and the affect that accompanies loss), and addressing what coping might mean so that the patient would know that adjustment was possible, could imagine it in advance, and could experience each day as a small step toward that large goal. In working with these patients, it became clear to me that acclimatization was going to be a painfully slow process over the months and years beyond our encounter. However, my goal was to provide some basic psychological foundations via a relationship and conversations encouraging acceptance, flexibility, permission to grieve, humor and sense of the absurd, and ultimately, a view of life as the adventure worth taking at all costs with whatever bodily and situational limitations we inherit.

Because of the traumatic nature of acute care diagnoses, psychologists can serve an important role in acute care settings. In addition to the previous examples of interventions provided to acute care patients, I also assisted in training staff to acquire skills to improve the support they provide patients. From personal observation, it seemed that training staff to respond to patients’ needs was more successful than providing all of the support myself for briefer periods of time throughout the week. Thus, psychological support for patients in acute care settings is not the role of one person, but rather a charge for the entire team.

Dr. Vogel may be contacted by email at danielvogelpsyd@gmail.com or by telephone at 312-286-5039.