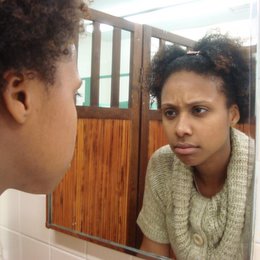 Internalized racism is defined as “the acceptance, by marginalized racial populations, of the negative societal beliefs and stereotypes about themselves” (Williams & Williams-Morris, 2000, p. 255; Taylor & Grundy, 1996).

Individuals may or may not be aware of their own acceptance of these negative beliefs. Internalized racism can also be expressed via a rejection of the cultural practices of one’s own ethnic or racial group.

When the negative stereotypes are absorbed into the self-concept of a stigmatized individual, the process is referred to as self-stereotyping (Hogg & Turner, 1987; Simon & Hamilton, 1994).