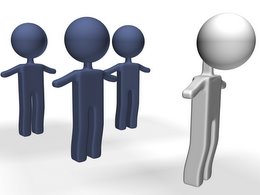 Interpersonal racism is a component of individual level racism and has been defined as “directly perceived discriminatory interactions between individuals whether in their institutional roles or as public and private individuals” (Krieger, 1999, p. 301). Interpersonal racism includes maltreatment that the targeted individual attributes, at least in part, to conscious or unconscious racial/ethnic bias on the part of the perpetrator of the maltreatment.

Interpersonal racism can occur in a wide variety of venues and can be communicated through a range of attitudes and actions (see Taylor & Grundy, 1996).These actions and attitudes can include acts of social exclusion, stigmatization, unfair treatment, and/or threats and harassment (Brondolo et al., 2005; Contrada, Ashmore, Gary, Coups, Egeth, Sewell, Ewell, & Goyal, 2001).